This page aims to consolidate some tips and tricks that ontology editors have found useful in using git. It is not meant to be a tutorial of git, but rather as a page with tips that could help in certain specialised situations.

Reverting particular files back to a previous version¶ 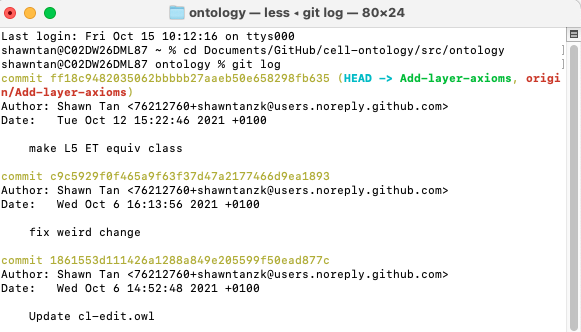